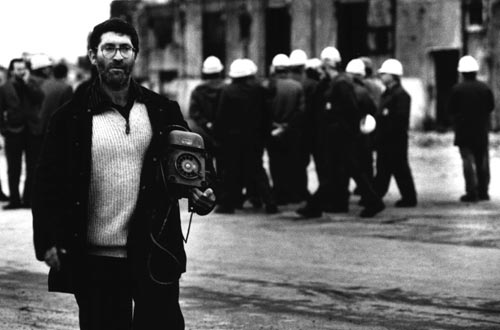 I have a father who is an engineer and a mother who is a nurse, so my background doesn’t come from a family who are involved in Film or TV.

But my father during 2001 played as himself for a short film called “L’ultimo Rimasto in Piedi” or translating “The Last one Standing”.

The story is simple, is about an engineer (my father) who is collecting items from an industry long time abandoned.

What make this short film good is the direction, a terrific main character who played for the first time in front of a camera and a good cast.
Of course, for not mentioning the photography of a marvelous landscape situated in Bagnoli, a part of Naples where is located an old steelwork long time abandoned.

The short has been produced by Indigo Film, famous nowadays for brought us the Oscar for Best International Feature Film 2014 “The Great Beauty” from “Paolo Sorrentino”.

L’ultimo Rimasto In Piedi, directed by Ugo Capolupo. Please support his work and his YouTube channel with a like or feedback.

Categories: Blog in Italiano, My Job