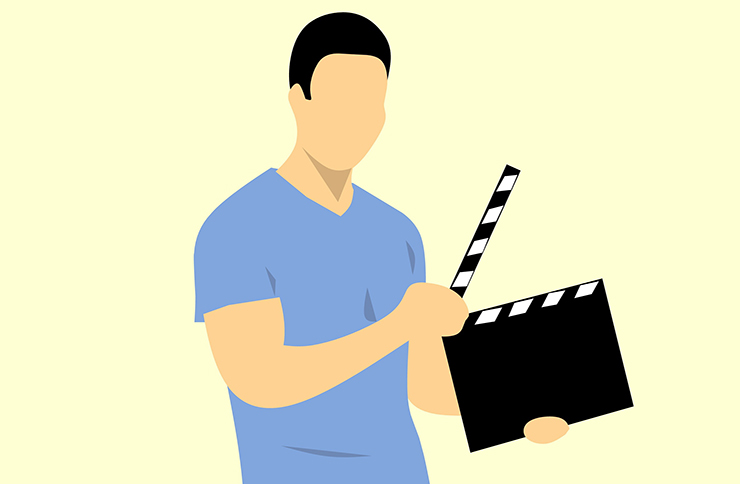 As I mentioned in the previous post I will now describe my story on how did I move as runner, I hope this could be a good tip I may give to all people involing like me in film & TV.

If you are asking why I chose that job, well my simple answer will be that I love films, and as many film lovers, there many other who would like to make film too.

Just to know there are many productions offices in London, if you go to the central city for sure you can find some of the biggest like: Paramount, Disney, Warner, etc.
But of course I don’t only mention them, in all London you can find more than 100 indipendent production too.

Because I always think London like the city of the opportunities, since the begginning I was looking for opportunities too, so what better way than be involved in film?
But of course to be find a job you need experience, and of course with my lack of experience I can’t find nothing.

My ambitions was and is be on set, so after having conversations with people involved in productions I got the tips I need and the best way to start.
Was that moment I chose to be a volunteer Runner involving in small and student productions.
Reason for being volunteer was mostly for credits, and even if I know that I would not get paid, for me was nice counting also on the experience.

I found most of those jobs in mandy.com, searching the “Opportunities” page (I will mention websites and apps on next post).

By them I’ve been able to be in touch with many people, most of them were students and other instead involved in a really small budget films.

If I can be honest it was a really tough job, working hard for just getting credits and no money was sometimes frustrating, especially when was about unorganized productions.

But during that time as volunteer I was luky to have a part time job in Pret A Manger (mentioned on previous post), so at least I could afford on paying my rent and food.

My task during the 2018 was getting as more credits as possible, so after some more experience I could manage to find also for pay job.

I so spend last 8 months working in both Pret than Productions.

During that time I’ve been luck to meet a girl, Abigail, my actual girlfrind, who is involved on film like me too.
She gave me one of the job I was dreaming from long time, being in Pinewood Studios, and taking care of the cinema.
Despite the fact I was against getting a job because her reccomendation, she convince me to take part, and I was not disappointed of taking this job.

So After long time of work into Pret and Productions, at the end of 2018 after some experiences and credits I got, I chose to be involved only in freelance film & TV job.

So here I am today on june 2019, working as freelancer and counting on 2 part time jobs in case on missing work.

I may be honest that sometimes is tough, because be freelancer means that I need to plan my life, wich can be made of moment of really intense work, and other instead really quiet, where you also need to count on money and hope
that your employee pay you on time (Rules and work law on next post).

I think I gave all the info I need to report my story into productions, which I’m still working on.

Categories: My Job, My Story